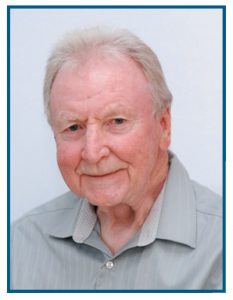 Jim Meehan is a Chartered British Psychologist and poet.

During a fifty year career spent equally between the United Kingdom and the United States he specialized in leader selection and development. His main psychological interests lie in exploring the positive power good relationships have in bringing out the best in people and also delving into the interplay between thoughts and feelings.

Apart from his interest in people he also has another life interest, namely, rhyming verse. At primary school he was fascinated by poets and song writers who used this method to convey their messages and meaning, whether it was the romanticism of William Wordsworth in The Daffodils or the morality of Robert Southey in The Inchcape Rock or the melodies of Ella Fitzgerald and Nat King Cole. At secondary school and college he counted William Blake, A.E.Housman, Dylan Thomas and W.H.Auden among his favorite poets and he collected all the records of Buddy Holly and The Beatles. He was always doodling his thoughts and feelings in rhyme.

It was his psychological mentor Dr. William E.Hall who noticed some of his rhyming doodles and encouraged him to polish them up and publish them in the mid-nineties. Armless Hugs is the culmination of Jim’s doodles.

Jim Meehan and his wife Maureen currently live in Solihull, England to be closer to their daughter, Larissa and their grandson, Amir.